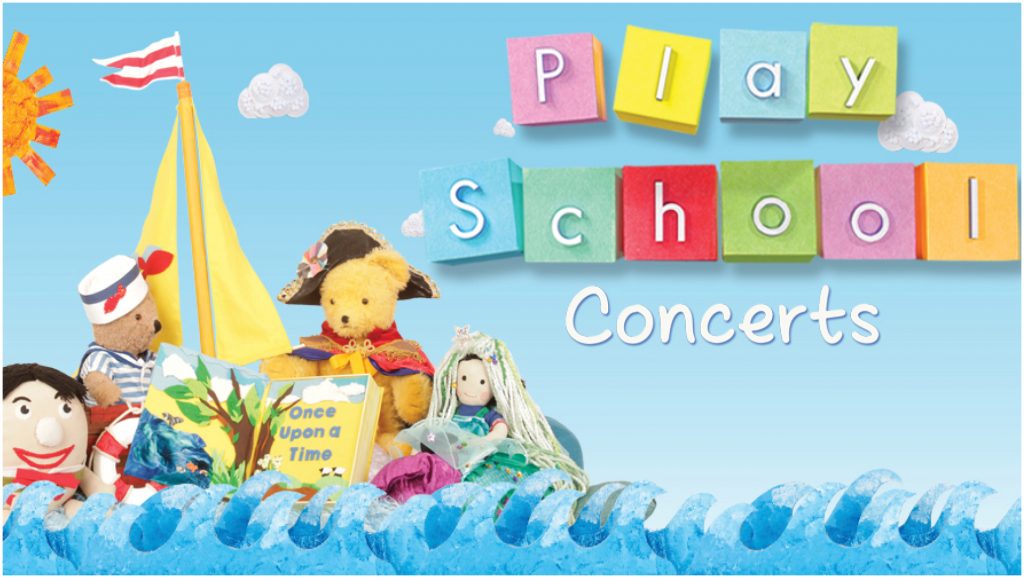 Play School ‘Once Upon A Time’

Kids Promotions, in association with the Australian Broadcasting Corporation, is thrilled to announce Australia’s favourite and beloved children’s television program, Play School, will be touring nationally with their show ‘Once Upon A Time’.

Watch classic nursery rhyme characters magically come to life as the pages of the storybook are turned in this exciting new production, ‘Once Upon A Time’. Join Jemima, Big Ted, Little Ted and Humpty as they travel through an enchanting adventure filled with stories, favourite songs such as, ‘Humpty Dumpty’, ‘Heads and shoulders’, ‘Twinkle twinkle’, ‘Everybody clap’ and many more.

As with all of Play School’s concerts, ‘Once Upon A Time’ is hosted by two Play School presenters, along with the real stars of the show: the toys. This 40 minute show is very interactive for the children and should not be missed.  Everything in the live concert is carefully created with pre-school children’s development in mind. The songs are designed to inspire movement, complimented by quiet times to encourage children to watch and listen. The familiarity of the material, and the presenters combined, totally captivate the young audience with loads of participation, imagination and joy.

Play School is Australia’s longest running children’s televisions program. The show’s transition from behind the television to live on stage is designed to entertain, educate and enliven pre-schoolers and parents alike. Play School is broadcast 7 days a week, 4 times daily on weekdays and twice daily on weekends, on ABC4Kids. Once Upon A Time, the companion album is also available.