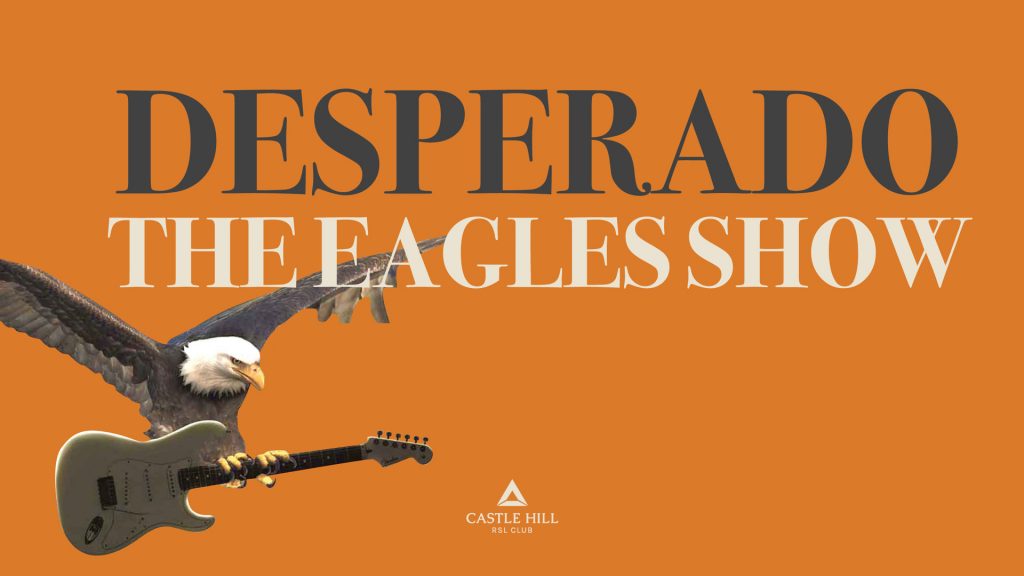 This tasteful tribute show from Australia to the world’s most top selling band, The Eagles, has grown to the strength it is today through not only the bands talent and consistency in each performance, it has also shown flexibility and growth in production. Let’s face it, every Eagles tribute show will attempt Hotel California, however none will do it as well as Desperado The Eagles Show (DTES) with added dimension of vision and lighting, bringing to you a total professional package and experience. DTES have been performing in Sydney’s largest venues for over 10 years which has now also expanded into coastal and regional areas of NSW and beyond. This has established a loyal following which continues to increase show after show.

With comments from patrons stating –“If you closed your eyes you would be forgiven for thinking you were listening to the real Eagles”. DTES have had regular returns performances on the Cunards Cruise Liners over the past three years which include; Queen Victoria, Queen Elizabeth, and the glamorous Queen Mary II. Cruise Entertainment Director of the QM2 Paul O’Loughlan says, “Desperado are now a part of the Cunard family and the show will be welcomed back as our Special Guest Entertainers for many years to come”.

DTES can also boast their achievements of being Multi Award Winners. The list includes, the 36th and 37th MO Award for Best Tribute Show. Winners of the 2012, 2014, and 2017 Australian Club Entertainment Awards (ACE) for Best Tribute Show, and also winners of 2016 ACE Award for Best Production Show proving DTES are a, dedicated, and talented group of musicians…these awards are a testament to the quality of each performance and tireless effort put in by each member and their crew.